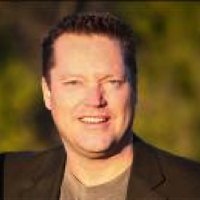 John E. Richards is an entrepreneur, venture investor, executive manager, and educator. His activities have included founding, running, selling, and investing in several enterprises. He mentors entrepreneurs frequently. He recently joined Google Fiber as head of operations for Provo, Utah, working on one of the world’s great intrapreneurial ventures. Previously, he has spent over a decade teaching entrepreneurship at Brigham Young University in Provo, Utah where he also helped bring the Rollins Center for Entrepreneurship & Technology to global prominence. John was managing partner of UtahAngels, a venture investing group. He co-founded BoomStartup, a tech accelerator in Utah, and also founded the Utah Student 25. Previously, he was president of a publishing company in Seattle, Washington and later started a company that led to an initial public offering and a multi-billion-dollar valuation (InfoSpace). John is a frequent speaker at conferences and other events. He and his family reside in Provo, Utah.

John Richards has invested in the following 4 funds on FundersClub.