Mattermark, an independent data platform which is quantifying growth signals of 200,000+ private companies, released a report this week featuring an “Average Mattermark Score” for startups in a venture capital portfolio. With more than six months of data, the analysis explores some of the factors that Mattermark believes need to be considered for benchmarking the performance of startup investors.

FundersClub ranks atop the list alongside some big names in the VC world: 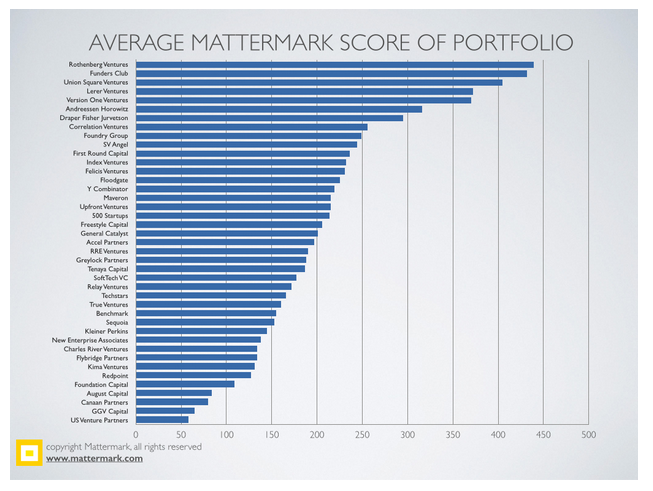 “We've averaged all the scores in the portfolio to get the average score for an investor,” says Morrill. “We focus on percentage-wise growth, allowing small companies and big companies to compete on equal footing.”

There is an ongoing debate over whether or not one can benchmark private market investors using readily available data, given the implicitly private nature of much of the relevant dataset. In addition, Danielle notes in her personal blog that Mattermark’s benchmarks are not predictive. However, we applaud attempts such as Mattermark’s to bring a greater degree of transparency and in turn accountability to venture capital fund performance. At a minimum, Mattermark’s benchmark is an interesting conversation starter that could be a herald of more to come in this area.