The FundersClub Spotlight Series features notable entrepreneurs, investors and members from our community who are making a big impact in the startup world. Their stories highlight their extraordinary passion, determination and commitment to disrupt industries, help launch products or services that positively impact people’s lives, and change the world. Felicia Curcuru was FundersClub’s first employee and VP of User Experience. She is now embarking on a new adventure: starting her own company in the international adoption space. The FundersClub Team consists of former startup co-founders, or folks who eventually plan to build their own high-impact businesses, so it’s no surprise to see her taking this bold, and exciting next step. 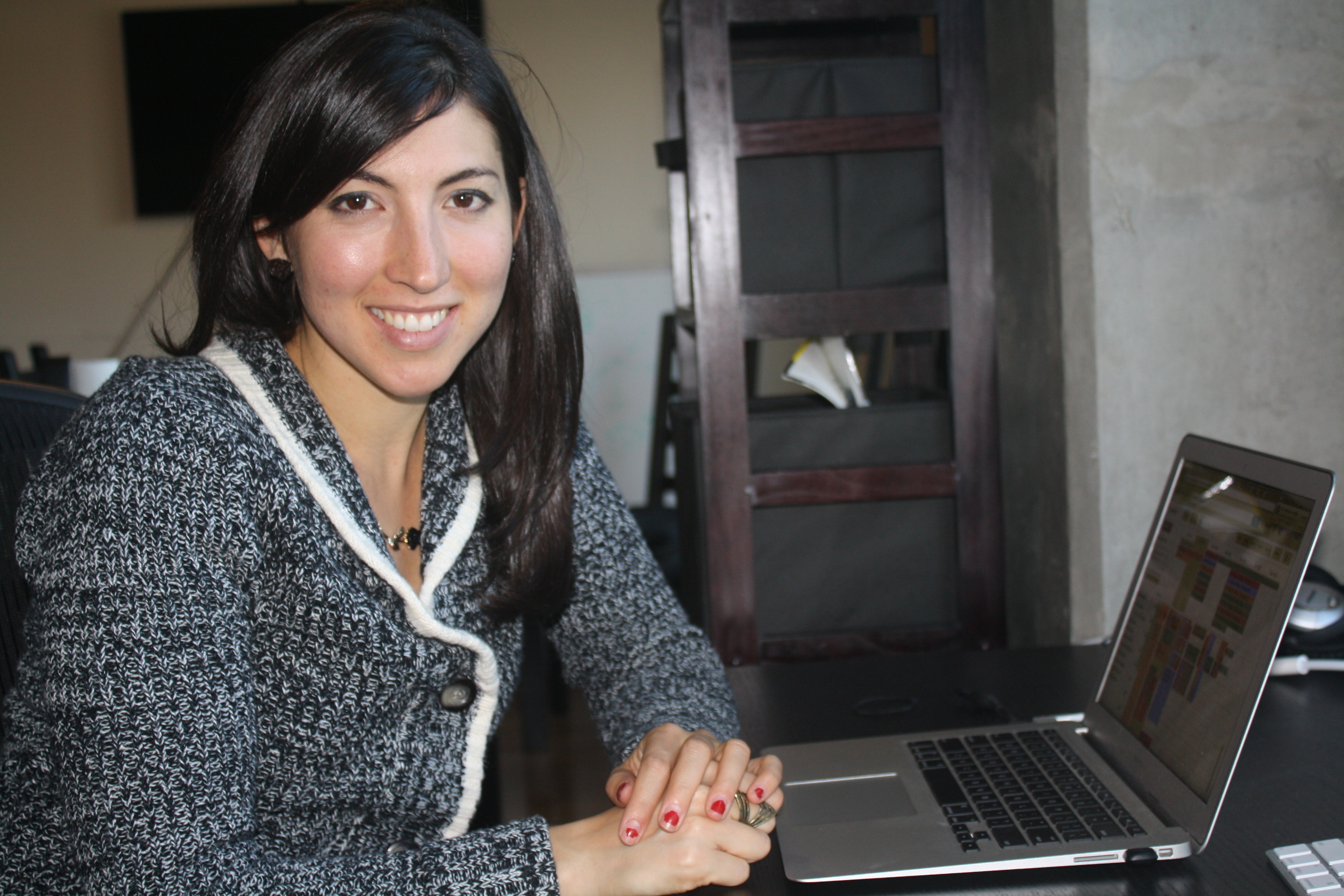 When and how did you initially join FundersClub?

I started in June of 2012, about two months before we launched FundersClub. I was previously an Engagement Manager at McKinsey, and had recently moved out to San Francisco with the intention of starting my own company. I knew Alex Mittal, FundersClub’s CEO from attending the Wharton School of Business at University of Pennsylvania together; Boris also went there, but I didn’t know him at the time. Shortly after moving, Alex told me FundersClub had just gotten into Y Combinator. I offered to help them for a month while they were launching. Alex and Boris are both successful repeat entrepreneurs. Instead of one month, I ended up staying for a year and a half. I figured I could be helpful and I could also learn a lot in the process.

Why did you decide to stay longer?

I believed in FundersClub and its mission, and I also loved working with Alex, Boris and the team. We were moving very quickly and I felt great about what I was contributing. I also felt that I was learning a tremendous amount from the rest of the team about product, user experience, design, business development, fundraising, recruiting, PR, marketing, etc.

Any interesting stories about the early days?

For the first few months while I was at FundersClub, Alex and Boris lived in an apartment in Palo Alto. Even though we had office space on University Ave, we ended up working out of their living room most of the time. I lived in San Francisco, and since we were working very long hours (including one week with two all-nighters leading up to the launch); I was frequently on the last train back to San Francisco at night. One day, I ordered an air mattress on Amazon to Alex and Boris’ apartment, and I told them I was going to sleep in the living room.  I didn’t even ask if it was OK. I slept on the air mattress and the three of us were roommates for three months. During those three months, we would eat all of our meals together. Often, we would invite entrepreneurs or our earliest members to dinner and we would cook. We were like a family.

What were your responsibilities while at the company?

This changed a lot over time. I was the first employee, and we are now 12 people, so in the beginning, we each did everything. In the early days pre-launch, I was talking to potential members doing user-testing to help shape product decisions and figure out who to market to. I led our member acquisition in the early days. For the first year, I wrote many of our member communications (member-wide emails, etc). I created and ran the FundersClub Panel, which is a group of ~100+ of our most engaged members that helps us pick which companies go on the platform. I helped source and screen startups and brought several startups into FundersClub that we ended up raising funds for. I also became head of user experience, helping shape product and business decisions. Early on, I also organized events, handled some fund launch operations, and managed a lot of stuff around the office (everything from stocking the fridge to picking out our office furniture). I also did much of our member relations and support. Over time, we’ve built an amazing team. New team members have now taken on a lot of these responsibilities. As this happened, we all have started to specialize more, and I focused my time on running user experience, member relations, and the FundersClub Panel.

What are your thoughts on the future of FundersClub?

The FundersClub team moves fast. Over the last 1.5 years, we’ve become the first online VC firm, we’ve invested over $10M in over 50 companies, received a historical no-action letter from the SEC that set the tone for an entire industry that FundersClub has created around itself, and attracted over 7,000 accredited investors to join. I’m incredibly optimistic about the future of FundersClub. FundersClub is the creator of and leader in the space and will continue to trailblaze and grow.

You are leaving the company, why?

I'm very sad to be leaving, but I'm very excited for the road ahead as well. I’m starting a company that helps more parents adopt children internationally, an area I've been passionate about for a long time. I’ve had a number of adoptions in my family, which is how I initially got interested in this space. There are over 100 million orphans in the world and only 250,000 adoptions globally per year. There are many more willing parents than this (double or triple the existing number), but many drop out due to prohibitive costs ($30-$50K), lengthy process (1-3 years) as well as difficult and opaque process. I am starting a company with the goal of bringing a business and technology lens to the entire adoption process to help reduce the cost and hassle significantly, while still maintaining the same level of safeguards, background checks, and safety, with the goal of dramatically increasing the number of parents that are able to adopt and the number of orphans that are adopted.

When I first joined FundersClub, I told them I'd join for a month before starting my own company; I ended up staying for 18 months. I had actually told them I was interested in starting something in adoption back then, so it was not a surprise. Alex, Boris and the FC team are incredibly supportive. I remain a friend and supporter of the FC team going forward. I’m incredibly excited to take on this new challenge. Wish me luck!

Felicia Curcuru is the Founder and CEO of Binti.  Binti aims to be "TurboTax for adoption paperwork" with the mission of helping more families realize their dreams of adoption.  Felicia is a Court Appointed Special Advocate for foster youth in San Francisco and a contributing blogger to Adoption.net.  Prior to Binti, Felicia was the first employee of FundersClub where she was Director of Business Development and then VP of User Experience.  Felicia was formerly an Engagement Manager at McKinsey and Company.  Felicia graduated from the Wharton School at the University of Pennsylvania.