My Long and Winding Journey to Angel Investing 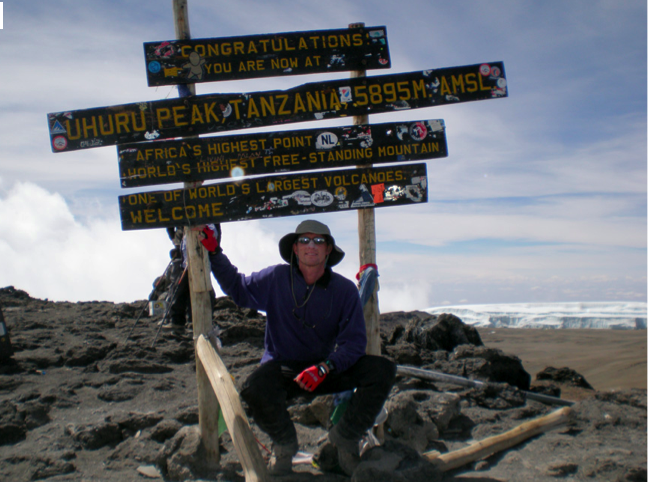 My father is a Holocaust survivor. He always believed that if he was able to survive the Holocaust, hiding in Czechoslovakian forests for many years as a young child, he could do anything. He came to the U.S. after the war, settling in Brooklyn, and built a very successful small business, importing and exporting feathers, which were used in the production of sleeping bags, down jackets, pillows and comforters.  He taught me to work hard, work smart, take calculated risks, and most important, to live by the Golden Rule: “Do unto others as you’d have them do unto you.” He is a true entrepreneur, a great human being, and I learned much of what I know about business from him.

One of the best things that could have happened to me was to grow up in Brooklyn. I learned street smarts – which I believe has taken me further than anything I ever learned in school. After college, I joined the family business, first working in the factory on the production floor learning how to operate the machinery, then eventually running operations and then sales and marketing. While there, I started a couple of other companies, including a direct-marketing business, selling pillows and down comforters through the mail.

Although I learned much about business from my father, I unfortunately had no choice but to leave the family business after six years because I was highly allergic to feathers. Yes, it was quite ironic, but things happen for a reason. The economy was on shaky ground at the time, so I decided to go back to school to earn my MBA. I applied to Harvard Business School (HBS) and, fortunately, was accepted. Thinking back on it now, I believe it was my entrepreneurial background that got me noticed and distinguished me from most other incoming students with investment banking and consulting backgrounds. It was a terrific experience, exposing me to a business world way beyond my small factory in Brooklyn.

During my second year at HBS, while many of my classmates were busy interviewing with McKinsey, Bain, Goldman Sachs, etc., I took a different path and looked for a startup where I felt I could make a real contribution. I joined a six-month old direct-marketing company, CPC, as the seventh employee. Within five years, we were the second fastest growing private company in the country. We went public the following year. We ultimately grew the company to almost 3,000 employees with over $700 million in sales. We had an amazing roster of talented people working there.

While there, I transitioned from marketing to sales to business development and then corporate development. We acquired Freecreditreport.com (one of the largest display and search advertisers on the web), Lavalife.com (one of the first web-based dating sites), Neverblue Inc. (one of the best service-based affiliate marketing companies) and a few other firms. These companies exposed me to the due diligence process, honing my investment skills, along with various new business models, acquisition tools and technology. Overall, my time there was a tremendous learning experience. Unfortunately, however, the company was purchased by a private equity company in a very highly leveraged transaction weeks before the financial crisis hit. Timing is everything. The story didn’t end well.

I fortunately had co-founded a FinTech company many years prior, as a side-project. We hired an experienced operating team to run it. The company provides working capital to small and medium-sized businesses that are unable to access capital from banks, and today is one of the largest providers of non-bank working capital to SMB’s in the nation.

Last year, I took a break from the business world. I’ve always been a lover of nature and I am a fitness and hiking fanatic. I have reached the summits of mountains around the globe, including Mount Kilimanjaro in Africa and Kala Patthar, near Everest Base Camp in the Himalayas. So I decided to write (and self-publish) a book about the latter journey. It is a comedy adventure, entitled “The Trek”. My goal was simply to create a story that people would find entertaining, and by looking at the reviews on Amazon, I think I accomplished my objective. Although it’s a massive long shot, I hope to have it made into a movie. (Any screenplay writers reading this?) I like long shots – no risk, no reward - which is one of the reasons I began investing in startups.

I’ve been angel investing for almost two years. I’m active on FundersClub as well as some crowdfunding sites. I’m also involved in HBS Angels.  I’ve made close to one dozen investments, of various sizes, over the past couple of years. I focus on AdTech, FinTech and customer loyalty, but I’ll invest in other things if I strongly believe in the management team and the concept. I try to glean what I can from successful venture capitalists like Fred Wilson, Jim Breyer, and Brad Feld, amongst many others. I certainly don’t profess to be an expert at angel investing.  Yet, having worked in multiple operational capacities over the years, along with my experience with startups, I think it helps me with my investing. That said, sometimes I just go with my gut.

I am generally a conservative investor. I follow the basic investing principles of Warren Buffett with the majority of my capital. I view the small amount of my net worth that I commit to angel investing as “risk” capital. I acknowledge there’s a good chance that the companies I’m investing in won’t be in business five years from now.  From what I’ve read, it seems the tech industry has produced a little more than a dozen companies each year that have gone on to (consistently) do more than $100 million in annual revenues. So my basic rule is “Don’t invest in a startup unless you’re prepared to lose all of your capital.” Anybody thinking of getting into angel investing should be fully aware that “the odds are forever not in your favor.”

It’s amazing how many startups are created in this country every day. It’s great for America…and the rest of the world. We need innovation. We need more scientists and engineers. We need to do everything possible to help the entrepreneurs of tomorrow. I think it’s wonderful that now, anytime someone has a great idea, they can access a crowdfunding site or a quality online VC firm like FundersClub, and have a fair shot at raising the capital they need to get started.