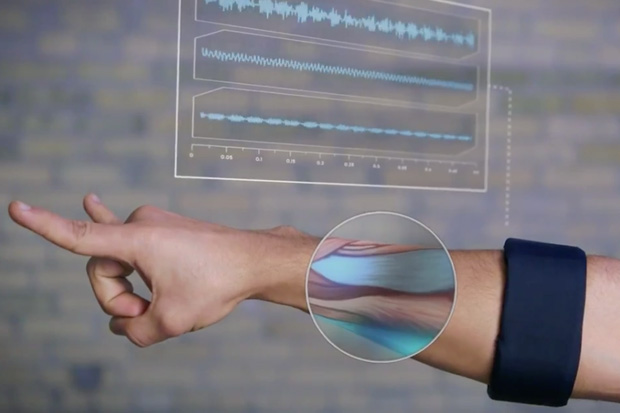 Many of us have dreamed of becoming superheroes at least once. As kids, we’ve dressed up as them. And as adults, we still watch their movies. We've all probably wished to one day wake up with their powers – superhuman strength perhaps, or the ability to fly in the skies, see through walls, or project energy bolts through our eyes. Superhero stories have shaped our perception of wearable technology; just think of Wolverine’s adamatium claws, Wonder Woman’s lasso and bracelets, or Iron Man’s powered armor suits.

The images and stories that come straight out of a comic book or a movie, now seem to be part of our normal lives. Wearable technology is a reality and it’s changing the way we connect and interact with information and others in the world. The future is here. From smartphone inspired glasses to page-flipping eyewear, new wearable devices are becoming more ubiquitous today as new technological discoveries advance, and as the decreasing costs of multiple components are encouraging the widespread adoption and availability.

The effects these devices have on our brains are also being studied. Stanford researchers have found that giving people “Superman-like flight” in a virtual reality simulator makes them more likely to exhibit altruistic behavior in real life. So how can wearable devices shape our behavior?

“As tech blurs closer to us, it becomes an extension of us,” says Matthew Bailey, co-founder of the Canadian startup Thalmic Labs, a company developing the MYO (my-yo), a non-intrusive device you can wear on your forearm to manipulate other electronic devices.

The MYO device uses Electromyography (EMG), a technique for evaluating the activity of muscles, including movement patterns and gestures. The MYO has sensors that detect the electrical activity when you contract your muscles. And through a machine-learning algorithm, these gestures are translated into actions to help you interact with the digital world. By moving your hand, you can manipulate images on the computer, your phone, and other electronic devices. If this all sounds like sci-fi, just check out Thalmic Labs’ talk and product demo at TEDx Toronto:

The company was founded by three 2012 graduates of the mechatronics engineering program at the University of Waterloo in Ontario Canada (Stephen Lake, Aaron Grant, and Matthew Bailey).

Why is Thalmic Labs trailblazing?

With more than $14.5 million in funding, Thalmic Labs has seen 25,000 units pre-ordered, generating an estimated revenue of $4.5 million. The company was founded a year ago. Forbes has named it as one of the Hottest Global Startups in 2013.

Who has invested in Thalmic Labs?

First Round Capital, Formation 8, FundersClub, Intel Capital, and Spark Capital, along with a long list of individual investors including YC founder Paul Graham, Salesforce.com CEO Marc Benioff among others.

Is the device now available in the market?

How can I learn more?

Take a peek at Thalmic Labs’ FAQ page here or check out the FundersClub Profile.

The FundersClub Spotlight Series features some of the startups and entrepreneurs that are disrupting industries, launching products or services that positively impact people’s lives, and changing the world.