How To Name Your Startup

Yahoo and its owner Verizon, also the owner of AOL, recently announced that many of Yahoo's and AOL’s signature properties—Yahoo Sports, Yahoo Finance, Yahoo News—would be organized underneath a new media entity, Oath. The move was met with confusion by many who thought all of these sites were being renamed to some version of Oath, meaning the companies were ditching the considerable equity that Yahoo's brand name has acquired over two decades of being a preeminent destination on the web.

Yahoo, which seemingly can do nothing right recently, bungled the statement, which bred the confusion. Its keystone sites will, in fact, retain the Yahoo brand. The episode evokes the curious change in name that the venerable Tribune Company—owner of the Chicago Tribune and the Los Angeles Times, among other major newspapers—recently exercised. The company picked the moniker Tronc, an acronym for Tribune Online Content.

To do this, the Tribune Co. enlisted multiple firms to consult on the project, costing its shareholders hundreds of thousands of dollars for a name change that was panned by anybody who heard about it, instantly becoming a marketing case study of how not to name something.

Picking a great name can help a startup gain traction. In the app-web economy, consumers often hear about an app or site before they see it or land on it, points out Candice Caldwell, who works on names for a wide array of corporate clients as the head of naming at Simple Truth, a creative marketing agency.

A memorable name that fits the space, that perfectly captures the essence of the product, can fuel a startup's marketing efforts, Caldwell says.

Names such as Instacart, Dropbox and even Airbnb succinctly capture the spirit of the company, are easy to remember and they come off the tongue smoothly. Those names likely assisted these startups as they sought viral growth.

Slack (part of FundersClub's portfolio) largely took off on word-of-mouth marketing. Its name doesn't instantly suggest what it is that the company does, but it's a common word that's short, demonstrative and memorable—which counts for a lot when companies seek traction through spoken recommendations.

In short, seek a company name that is: 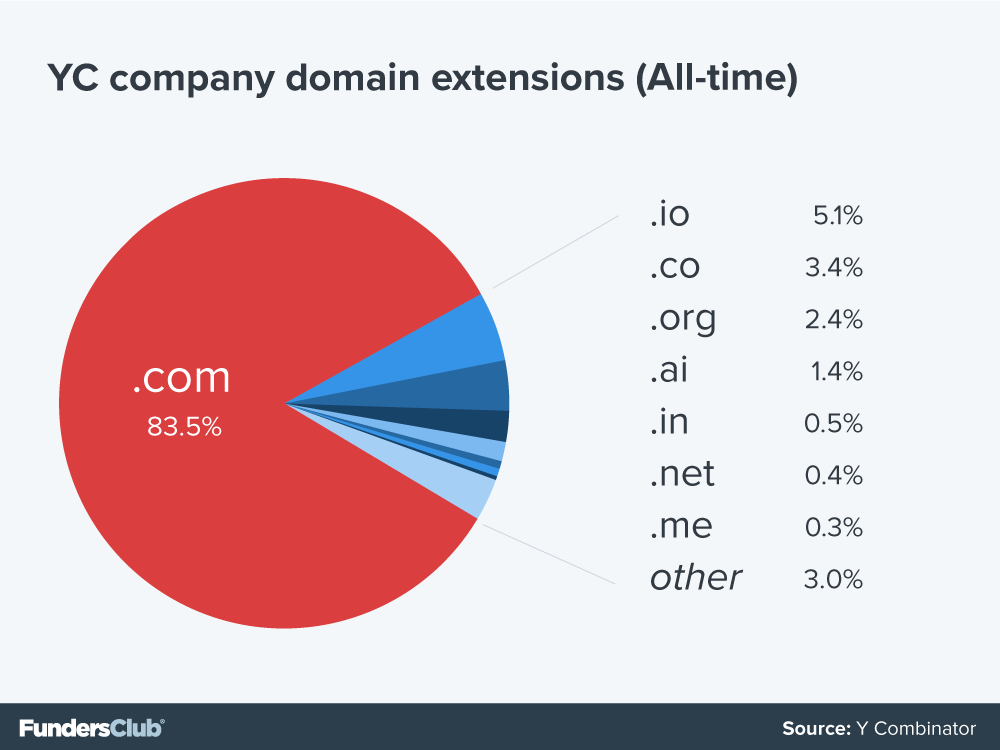 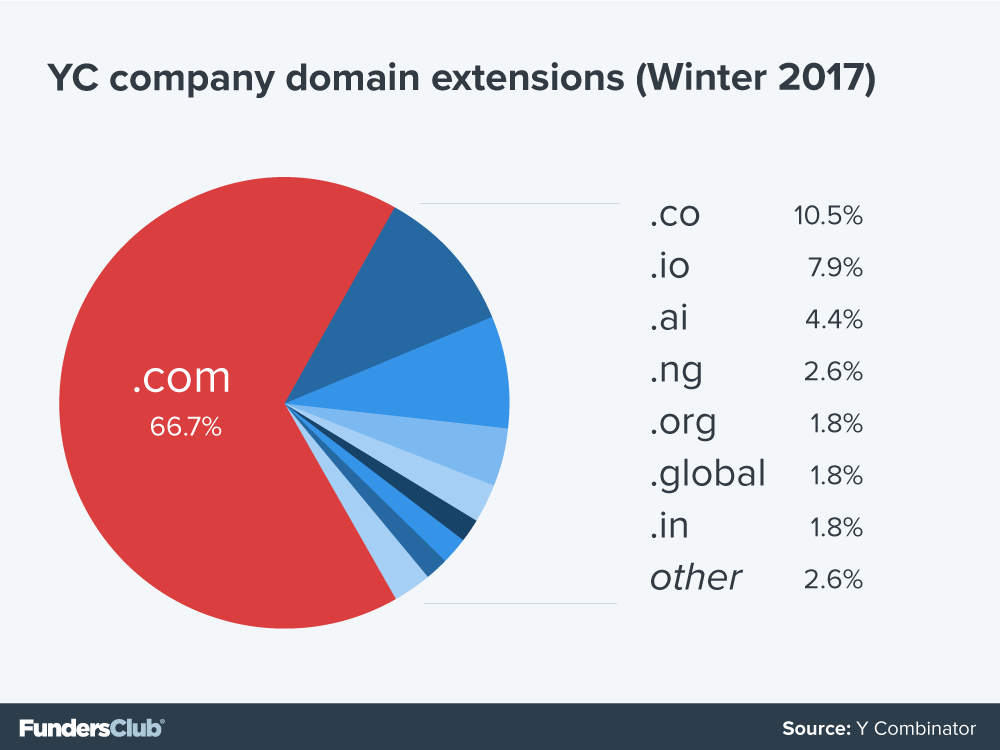 A neutral name is just that. A bad name, however, can limit marketing efforts and discount a startup's product in the eyes of consumers or businesses. Most founders wouldn't think of going to market with a name such as Tronc, but, of course, that's exactly what a major national corporation decided to do.

Most of us associate names such as Google and Yahoo, at this point, with big companies with certain reputations. Many assume that these names are and were inherently good. That's not really the case, however, says Caldwell, who holds a PhD in Applied Linguistics from Cambridge University.

Google and Yahoo were, as names, mostly empty shells whose associations and reputations were built up over time based on the products and consumer experiences that these companies created. Google's name traces from the word googol, which represents the number 10100—certainly not a concept or number that most people have heard of or ever contemplated.

But it worked because Google built a great product, the ultimate salve for a tepid company name.

Apple is a fine name in that it's unambiguous and easy to remember, but it's the company's legacy as an innovator and its line of products that have built all of the equity in the name. Apple, much like Slack, is easy to remember and unmistakable when people talk about it, unlike a company name such as Zynga.

This was one of the insights that Caldwell brought to bear when we spoke. Startup founders should take naming their enterprise seriously, she says, and should approach it a bit more scientifically than many do. Her advice is woven throughout this piece. Take heed, and name your startup something fitting on the first try.

Almost all startups go through something of a naming circus

Most startups face some kind of challenge in picking a name. It's a mission that can become consuming. Founders will spend hour after hour staring at the wall and querying different domain searches on the web, only to find they've reached no strong conclusions. The quest for the perfect name can kindle disputes between co-founders and scuttle productivity for days.

My own startup went through naming machinations. When my co-founder and I started at Y Combinator, our company's name was Grocer Goose, an admittedly poor choice of words that tends to roll around in a speaker's mouth like a bunch of marbles. During our interview for admittance to YC, Paul Graham remarked: "Your name is terrible."

We thought we were going to be rejected from YC, obviously. This was on top of the fact that, if the opinion of the most respected person in the tech startup universe was any indication, our startup needed a new name.

We got into Y Combinator, but we did not soon solve the name problem. During our first office hours with PG, after he had told us we would work on the name thing together, he dismissed our naming issues with a wave of his hand, "You've got bigger problems than that."

He then asked us about the name a week later, of course, and we still hadn't solved the problem. We settled on Aisle50 eventually, which PG approved of and, in retrospect, was a fine name that did us no harm nor any major favors.

FundersClub went through something similar. Originally, co-founders Alex and Boris considered using their last names as the moniker for the firm, so Mittal Silver, which has a nice metallic ring to it. That kind of name would fit in well with some other Silicon Valley VC firms, such as Kleiner Perkins. Eventually, however, the co-founders sought something that would seem, and eventually grow, into something bigger than their names, and they gravitated toward FundersClub.

When in YC, Alex and Boris were urged to use something that evoked something that was substantial and old. So for a month, FundersClub was known as The American Tech Exchange. The co-founders eventually switched the name back to FundersClub before formally launching.

So founders shouldn't feel guilty if they get sucked into the naming vortex for a couple days of their lives—it happens to most startups—but they should try to exit it as quickly as possible.

Does a dot-com domain matter?

This single factor is responsible for bad startup names than anything else. Bent on a dot-com domain, founders will select funky names that aren't intuitive for people to hear, read or type. And worse, many of these names haven only peripheral relationships with whatever the startup happens to be focused on. In some cases, things can still work out fine if a startup builds a great product and executes well on marketing, but in others, it can be a cumbersome hurdle.

Despite the fact that startups can now select their domains from a wide spectrum of domain extensions other than dot-com—from .io to .info—most startups still perceive allure in a domain name that end with .com.

If a custom closets company had the choice of being closets.io or klozets.com, many founders might pick the latter, but there's little reason to do that, Caldwell says. Additionally, a .com doesn't inherently rank better for SEO than does a .com—but using a correctly spelled word, like closets, will always help a startup rank better for related SEO terms than a woefully misspelled word such as klozets.

The preference for dot-com names with founders remains strong, however. We did an analysis on the 1,464 startups Y Combinator lists as having funded, and 82.5% of them have dot-com names.

Clearly, startups have been forced out of dot-com domains simply because of the dearth of good ones. But they still heavily prefer them when possible, and are apt to assign their company a less than ideal name to get one.

Caldwell is often trying to guide her clients away from non-intuitive names that seem appealing because the dot-com URL is available. Simply put, it's an error to name a company based on a URL extension.

Often, when bigger companies can't register for free the domain they want, they'll look into buying one. Caldwell has been part of projects where companies are offering six-figure sums for domain names, something she doesn't typically recommend.

She's had several clients who have backed off of big domain name purchases and gone in different directions; rarely do they regret it.